Mikkey Dee’s first-ever calendar features 12 fantastic art pictures taken by German state-of-the-art photographer, Moritz ‘Mumpi’ Künster. Step into another world! See Mikkey at work with the Scorpions as well as some nice backstage footage taken during the Scorpions Would Tour 2017. This is one of a kind … it’s a blast. 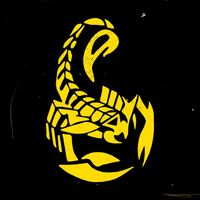 Order your calendar for 2018 HERE
Advertisements